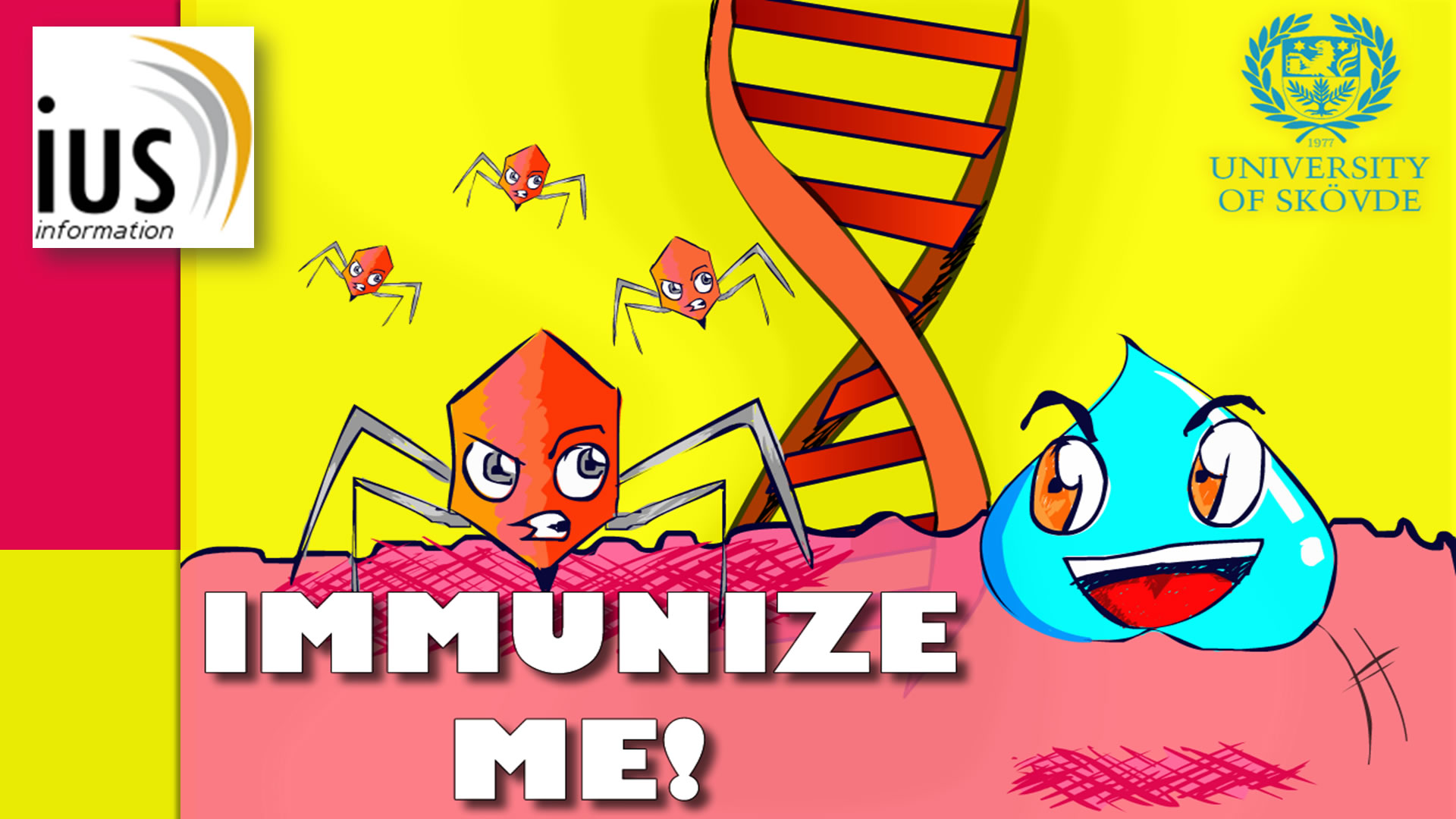 This is probably the first post in English I had ever written in a blog. It had to be done, though, since this post refers to a project I performed here at the University of Skövde, Sweden. This project was made with the support of the Swedish company IUS Information, the producer of the zCooly games, who provided us with the first requirements. The requirements of this project were:

We had several different ideas during the design phase. It is really challenging to think as a child on generating a content that can be grasped by them. We focused primarily on the nummeric positional system (where the tens and the units are located) and the ability of a kid on matching numbers.

The very idea that the game should be able to be used with the purpose of teaching is enough to classify it as a Serious Game. A Serious Game, as defined by Per Backlund et al. (2010), is a “game that engage[s] the user and contribute to the achievement of a defined purpose other than pure entertainment (whether or not the user is consciously aware of it)”. A game may or may not be built with another purpose in mind from the beginning, but contextually it can become “Serious” if used with an intention different than pure entertainment (e.g. training, health treatment, teaching, etc.). That’s why some teachers are able to teach History to people by using the game Civilization, for example.

Taylor, A.-S. A. et al.(2012) mention that after a gameplay session, debriefing is needed in order to connect the game mechanics with the underlying content to be taught. That implies on an explicit explanation of what was done (during the gameplay session) and how it relates to the real life (in our case Mathematical skills), turning subjective experiences into objective ones (Van Der Meij 2013). Usually debriefing is done by experts, but it might be possible to have self-debriefing (Van Der Meij 2013).

Ian Bogost, says that the interaction with game’s mechanics and dynamics might provide to the player experience an expression of a process, resulting in meaning from the estabilished model.  “A procedural rhetoric makes a claim about how something works by modeling its processes in the process-native environment of the computer rather than using description (writing) or depiction (images).” It means that it also might be possible to allow meaning to be extracted from the gameplay, i.e., a continuous debriefing made by the procedures enforced by a game, by gradually connecting the dynamics with real-life experiences. With that assumption in mind we tried to develop our prototype.

First of all we went on to an Ideation phase within the team and with the client. In fact, the earlier versions of our ideas had to do with the “Goat Simulator“, a game produced by a company incubated here at the University of Skövde.

We had ideas on how the player should give some sort of “elixir” to the superhero in order to defeat the ever growing horns of the goats in the city, thanks to an evil doctor who gave the poor goats something that was definitely not right. We even created a series of levels to see how our game would flow.

However, due to some features on goats, such as the duality of horns in the head of the goats we got our work limited, so then we moved on to the next idea: Antidotes V.S. Virus. The name I chose temporarily to the prototype was “Immunize Me!” and as most temporary things that tend to become permanent, this was no different. The team and the client found that this idea could, added to teaching Math, even go beyond on its Serious Goals, by explaing a little bit of Biology.

To prove our ideas we used some building blocks and white sheets to help us visualize them before we actually went on to implementation. It showed itself very useful because this allowed us to raise up questions which led us on to a better understanding how numbers are created in a way that we could translate it into the mechanics. We also realized that we should be very consistent in the way viruses and antidotes were represented, being the big ones on the left, and the small ones on the right.

The prototype even allowed us to reduce, as much as possible, things that could allow the player (a kid) to match numbers just by trial and error. We did not want to encourage that behavior, since learning is the expected outcome. Of course, there is no way to test if learning really happened, unless the kids are exposed to a debriefing session, such as those happening on Dragon Box, a game we also used as benchmarking. Dragon Box gradually replaces the characters by Math symbols and by the end of each “world” it displays a video explaining to the player how that relates to the real-life Math knowledge.

Even though we didn’t end up doing a debriefing session in our game, we did not want to make too clear to the kid we were teaching Math. We wanted something more progressive and more game-like, and for an eventual continuity of it, we would recommend more prototypation, adding more power-ups, and more surrounding mechanics, as long as they do not negatively interfere with the learning experience.

How the game works

The rules have been simplified here in order to prevent the post from being [more] lengthy.

The team comprised of four [awesome] people. The highlighted picture below contains the whole group from the Serious Games program, including the professors, and highlighted you can see our team, from left to right, with a brief description:

One thought on “Math Serious Game – Immunize Me!”